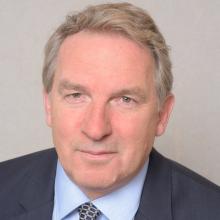 Johan Swinnen is Director General of the International Food Policy Research Institute (IFPRI) and Managing Director of Systems Transformation at CGIAR. He is a Commissioner in the Food Systems Economics Commission; Co-Chair of the Think20 (T20) Task Force on Climate Change, Sustainable Energy, & Environment; and a member of the Champions 12.3 Leadership Group to Reduce Food Loss & Waste.

From 2005 to 2019, he was professor of economics & director of the LICOS Centre for Institutions & Economic Performance at KU Leuven (Belgium) and senior research fellow at the Centre for European Policy Studies in Brussels. Earlier he was lead economist at the World Bank (2003-2004) and economic adviser to the European Commission (1998-2001). He has been a visiting professor at various universities and a frequent adviser to institutions such as the World Bank, OECD, FAO and EBRD.

For more information see his CV.

Reducing Food Loss and Waste: A Vital Solution to the Food Crisis