Chairman of the Board and Founder, Stop Spild Af Mad 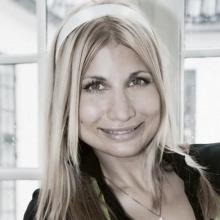 Selina Juul is the Chairman of the Board and Founder of Stop Wasting Food movement (Stop Spild Af Mad) and one of the world’s leading experts on food waste. She is a contributor to over 30 Danish and international books and publications on food waste and blogger on food waste in The Huffington Post. She has delivered over 300 talks at international conferences, two TEDx talks and has spoken at Nordic Business Forum for an audience of 7,500 people from 40 countries.

Juul has 92,000 followers on combined social media and appeared in media over 8.000 times and had over 300 TV appearances on among others BBC and CNN. A BBC video about Selina Juul received over 30 million views on Facebook.

She has been awarded the Honour of Ekotopfilm Award, Nordic Council Nature and Environment Prize, Svend Auken Prize, The Womenomics Influencer Award, European Young Leader title, Dane of the Year 2014 title, JCI Denmark’s The Outstanding Young Person award and has received a Cross of Merit Pro Utilitate Hominum from Sovereign Order of Saint John of Jerusalem Knights Hospitaller for her ongoing work against food waste.