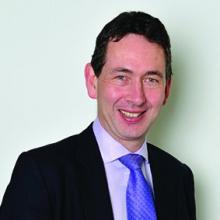 WRAP convened the Courtauld Commitment, a pioneering effort by major food manufacturers and retailers in the United Kingdom to reduce food and packaging waste, and developed the Love Food Hate Waste Campaign to help citizens reduce food waste. These activities have helped people reduce avoidable food waste by 21% in 5 years, and helped participating businesses reduce food waste in the retail supply chain by more than 10%. In 2012 WRAP extended this work into the Hospitality and Food Service Sector delivering further food waste reductions and increases in recycling. WRAP has also helped grow the separate collection and recycling of food waste through Anaerobic Digestion and in vessel composting, thereby increasing renewable energy production and producing agricultural fertiliser.

In 2016 WRAP launched Courtauld 2025, a voluntary commitment among more than 100 businesses, municipalities and governments to reduce food and drink waste in the United Kingdom by a further 20 % per capita by 2025. The commitment covers production, manufacture, distribution, retail, hospitality, food service, and household sectors and has been designed to put the United Kingdom on the trajectory to deliver the SDG Target 12.3.

This work is beginning to be tested and replicated in other countries, with the voluntary agreements to reduce food waste being tried in at least 6 countries around the world for example through the ReFresh project, and the Love Food Hate Waste campaign materials is being used in another 4 countries. WRAP is also a member of the Steering Committee for the FLW Protocol.

Before WRAP, he was Commercial Director of Biojoule Ltd – a start-up company developing technologies to produce fuels and electricity from under-utilised biomass resources and agricultural wastes. This was based around transportable modular pelletisation plants and novel anaerobic digestion technologies.

Marcus has a degree in chemical engineering and a PhD in combustion, both from Imperial College. After an initially very technical career, he studied for an Executive MBA at Cranfield School of Management before taking on more senior general management roles. He is a Fellow of the UK Institution of Chemical Engineers and a Corporate Member of the UK Chartered Institution of Wastes Management.

Thursday, February 14, 2019
According to a recent study by accountants Price Bailey, the number of restaurant insolvencies has reached a record high, with an average of four closing every day. A range of factors, they say, including market saturation, rising costs and changing consumer spending habits, are all combining to put pressure on the sector.